The album was in the ballots for the 20th Latin Grammy Awards in the categories of: 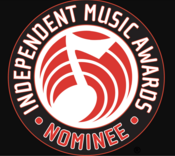 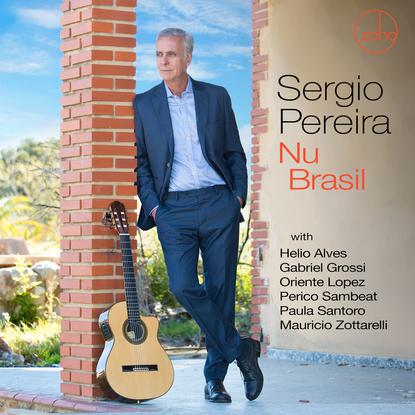 Vocalists Paula Santoro, Sergio Santos and Viktorija Pilatovic lend an air of mystery and allure to the proceedings while rapper Devin Malloy adds the cherry on top of the buoyant opener, Down South.

There’s a certain something inherent in the music of Brazil that goes well beyond the notes and speaks more of the soul of a culture. Like the music of New Orleans, where the feel for an authentic second line rhythm grows out of the pace, the food, the flavor of the Crescent City, the persuasive rhythms of bossa nova and samba are ingrained in the hearts and souls of musicians from Rio de Janeiro and Sao Paulo. For guitarist-composer Sergio Pereira, that feeling is deeply imbedded in his DNA and emerges through his distinctive comping patterns.“I learned by growing up listening to samba rhythms and playing Brazilian percussion at a local school of samba,” says the 59-year Rio native and longtime resident of New York City. “Since I was a kid I have been always playing samba rhythm, making that ‘batucada’ rhythm with my hands and fingers at school until my teachers would tell me to ‘stopmaking that noise!’ I still do it all the time. It’s addictive.”

Vocalists Paula Santoro, Sergio Santos and Viktorija Pilatovic lend an air of mystery and allure to the proceedings while rapper Devin Malloy adds the cherry on top of the buoyant opener, Down South. Says the composer, “I started to work on this song last summer while vacationing ‘down south’ in Puglia, Italy. Changing environment and location often provides me with great vibes for inspiration. It’s a happy samba groove with a magical soprano sax solo from Alexey. Devin’s rap is basically describing the experience of failure in pursuit of your dreams and talks about how life will continue to evolve and will pick you back up after you’ve fallen.” Bailly adds a cascading piano solo here while Pereira contributes an appealingly melodic, clean-toned solo on electric guitar.

East River is Pereira’s poignant reflection on the view from his Upper East Side neighborhood in Manhattan. “I frequently jog on the East Side by the East River and many times, after the jog, I just sit on a bench next to the 59thStreet Bridge looking over Roosevelt Island and Long Island City,” he explains. “It’s very peaceful there with the nice breeze from the river, the sounds of boats going by and the FDR Drive humming with vehicles.” The easy-going number opens with sparse solo piano before being joined by lush strings arranged by Garcia. Pereira plays the opening strains of the melody on his nylon string acoustic then scats simultaneously with his solo on this affecting number, which also carries a slight tinge of melancholy. As he explains, “When my older daughter, now 23, was 4 or 5 years old, we lived on Roosevelt Island.  We had an amazing time together there and I miss those moments. The strings bring out the melancholic moments I had, which I dearly miss, when my daughter was little.”

The seductive Arpoador is an ode to the beach of that name on the south side of Rio de Janeiro where Pereira spent a lot of his youth. “This was my favorite beach, where I used to wake up really early in the morning to go surfing with friends,” he recalls. “Cool and hip crowds used to hang out there at sunset. People fell in love, hearts were broken and memories were left behind. It’s reminiscing about the time when I was 19, right before I moved to New York — some of the best moments of my life.” Singer Santoro narrates the story of love, passion, beach, summer and the sea with an enchanting delivery that combines the smooth allure of bossa nova and the freewheeling abandon of jazz in her delicious scatting passages and call-and-response exchanges with pianist Bailly near the end of the piece.

Greta is an affecting jazz waltz that Pereira wrote for his newly-born niece. “She is sweet, mellow, easy and tender just like this song,” he says. Flutist Lopez brings the mellowness, tenderness and jazziness that the song calls for while singer Sergio Santos doubles Pereira’s tender electric guitar melody with some sweet falsetto singing. Drummer Zottarelli deftly underscores the proceedings with some briskly swinging brushwork.

The energized title track Nu Brasil is fueled by Pereira’s infectious comping and showcases Lithuanian-born singer Pilatovic, who engages in some rapid-fire scat-and-trumpet exchanges with Garcia at the tag. Originally an instrumental, lyricist Paulinho Nunes brings new life to the upbeat piece while Pilatovic, singing in Portuguese with a ‘Carioca’ accent, brings a jazzy flair to this groovy samba.

Garcia arranges the strings on the lush Per Teand offers a warm, melodic flugelhorn solo on this inviting number. The tight Joao Donato-influenced samba/bossa Sambinhacomes charging right out of the gate with guitar and harmonica locked in tandem on the buoyant theme. Sao Paulo-based electric guitarist Marcus Teixeira, a former teacher of Pereira’s, contributes a Bensonesque solo over the percolating undercurrent provided by drummer Zottarelli and bassist Ramirez. Pianist Alves adds some jazzy improvising on this infectious groove while harmonica ace Grossi contributes remarkably flowing legato lines over the top.
Percussionist David Gadea joins Pereira to fuel this fiery samba groove.

The minor key Trem Do Tempo carries a tinge of melancholy on top of an undulating Ixeja rhythm. Lopez contributes a lovely flute solo while Santoro delivers the alluring Portuguese lyrics in her own inimitable style. Nunes again brings new life to the song with his thoughtful lyrics, which tell us a story about life and the passage of time: “Life is like a train/it slips through your hands/it does not stop in every station. Life is to be lived at each moment. Live it…live it…and live it.”

The album closes with the jazzy bossa nova Lascia Stare,which fluctuates between sadness and happiness and features Pereira doubling the melody with Grossi. “I always heard the more melancholic first part of the song with a harmonica, so Gabriel was my number one choice to deliver that feeling,” says Pereira.” The leader’s electric guitar solo here is typically melodic and flowing while Bailly adds sparkle with his piano solo. The title, Pereira explains, is an Italian expression which roughly translates to ‘let it go’ or ‘don’t bother yourself with it.’” 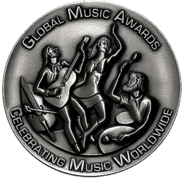