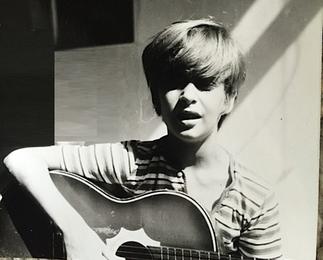 Studying with Brazilian guitarist Marcus Teixeira has further broadened my understanding of harmony, improvisation and skills required to be a better composer, songwriter, arranger and guitarist.

Brazilian music and jazz has been my passion throughout my life, and now I am able to express it through my albums ‘Swingando', 'Nu Brasil' and 'Finesse'.  These albums brings all of the emotions, energy and dynamics of growing up in Rio, living around the globe and being in touch with my culture throughout my life. Swingando has won "Best Latin Jazz Album" by Clouzine International Music Award.

My latest album 'Finesse' has been released in February 2022 by Sedajazz Records.  Co-produced by drummer/producer Mauricio Zottarelli, the album has been recorded remotely during COVID-19 with 21 musicians laying down their parts separately. The album has 10 songs (9 originals) and it includes musicians such as Brazilian singer Filo Machado, saxophonist Ralph Moore, bassists Mark Egan and Paulo Paulelli and 17 other stellar artists. The album has won 3 Global Music Awards for Best Brazilian/Latin Jazz, Best Album and Best New Release (Silver Medal) and the Clouzine International Music Award for Best Latin/Brazilian Album.

I hope my latest album "Finesse" will bring you all happiness, positivity, hope, love and a little finesse.

Born in Rio de Janeiro, Brazil, I started playing acoustic guitar (violao) at the age of 8 years old, influenced by my older brother who played the guitar and helped me with my first chords. I have also been influenced by the music of bossa-nova giants at the time such as Joao Gilberto, Tom Jobim, Carlos Lyra, Joao Donato, Marcus Valle and many more. Growing up in Rio in the 60’s and 70’s has contributed tremendously to the energy, groove and rhythms reflected in my music today.

Moving to New York in the 80’s has motivated me to, not only continuing playing the guitar, but to further enhance my knowledge of music and the guitar itself, hence I started to study with some of the jazz greats including Chuck Wayne, Sal Salvador, Alex Adrian, Hui Cox and Joe Carter. Since the beginning of the 90’s I have been travelling the world, playing with different bands and at various venues in many different countries in Europe, Africa and elsewhere.

While living in The Netherlands from 2003 until 2009, I have played with some of the top local musicians including pianist Ferial Karamat and singer Arno Kolenbrander in which I have arranged and recorded some of his music as well as participated in various radio programs in Amsterdam.

Together with other friend/musicians I founded the jazz/Brazilian/funk band named “Malandros”. 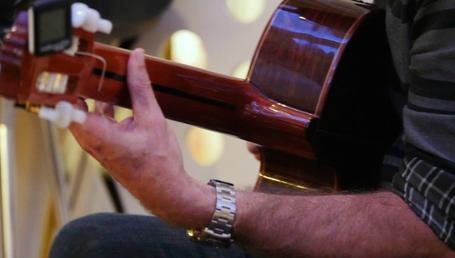