...Aleksandra Denda from Serbia and Sergio Pereira from Brazil teamed up to bring world-class jazz to the UN...

...After making a guest appearance at the UN IJD celebration in 2014, he took the stage to perform some of his original compositions from the upcoming album “Swingando” featuring Brazilian jazz sounds.. 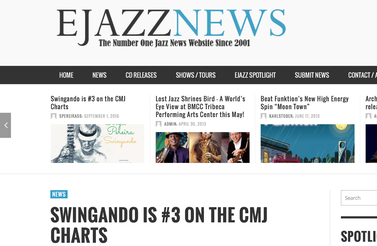 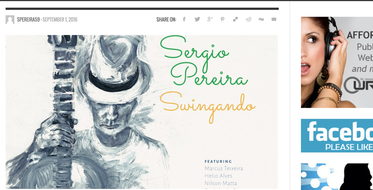 Music has been his passion from an early age, and now he is able to express his ideas and vision with his first album entitled Swingando. Recorded in New York City and Brazil, the album includes some of the top musicians in Brazilian jazz today, such as Helio Alves, Marcus Teixeira, Nilson Matta, Mauricio Zottarelli, Duduka da Fonseca and Itaiguara Brandao. Swingando brings all of the emotions, energy and dynamics of growing up in Rio and keeping deeply in touch with his culture, along with his life’s journey as a traveling and performing musician, while keeping his foot firmly in the Brazilian tradition, a delightfully authentic listen with a cavalcade of Brazilian heavyweights.